Two players from Brighton & Hove Albion Football Club visited the College on Thursday to lend their support to our ongoing collaboration with LGBT+ rights charity Stonewall.
Legendary recent Seagulls captain Bruno and former first team player Andrew Crofts (now the club’s under-23 player-coach) spoke to a group of our players. When asked for advice on what to do if the pupils received homophobic abuse on the field, Bruno said: “I was a captain for several years – and I say, speak to the captain, and they will speak to the referee. You as a player have to try to keep playing and keep your focus.”

The issue resonates powerfully in Brighton, a city whose vibrant LGBT+ presence has led to fans of Brighton & Hove Albion facing years of homophobic taunting. These have been dramatically cut in recent seasons by rigorous clampdowns at the Amex, including the speedy arrests of fans overheard making homophobic comments.

The College’s stand against homophobia centres on an evolving collaboration with Stonewall. Following our adoption of the Charity’s rainbow laces initiatives across several of its teams, the first XI boys’ football team wore shirts bearing ‘Stonewall Champion’ in 2018-19. From today, all the first teams in the school’s major sports will wear the ‘Supporting Stonewall’ logo.

Mr Marshall-Taylor (Head of Senior School) said: “Each year, some of our teams are confronted by homophobic comments or taunts, simply because we are a ‘Brighton’ team. We are keen to bring this out into the open, and encourage conversations with the staff and pupils with whom we will be competing on the school sports circuit this year.” 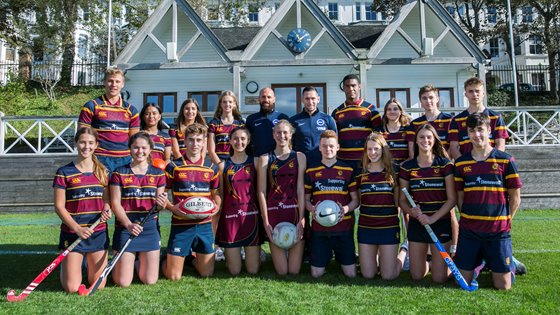 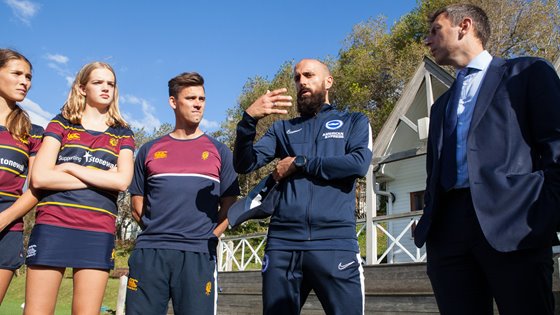 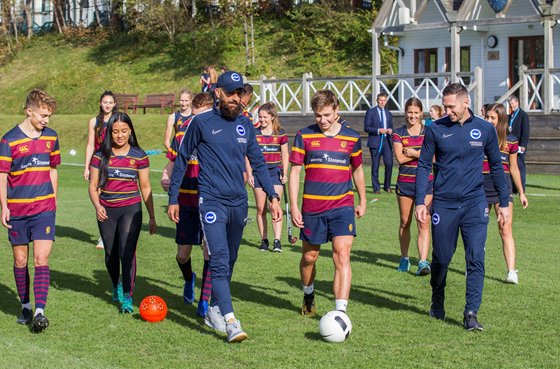 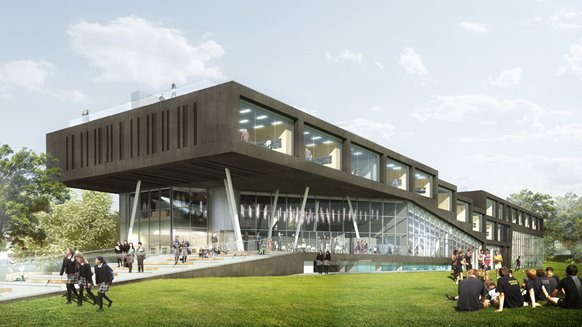 Brighton College has continued to improve its campus with a succession of new facilities. The latest building to open its doors will be the £55m Sports and Science Centre which... 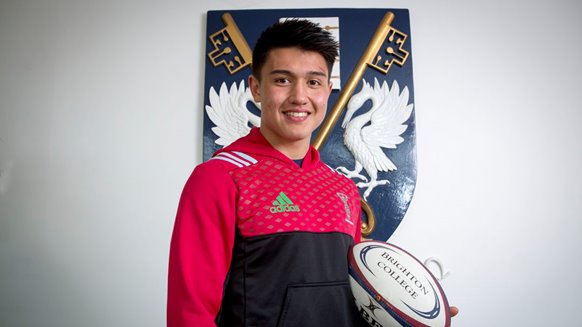 When rugby’s newest superstar Marcus Smith picked up his A-level results at school last summer, he had already signed to Harlequins and has since played for England, after being noticed...

Brighton College has continued to improve its campus with a succession of new facilities. The latest building to open its doors will be the £55m Sports and Science Centre which...