Very early on the morning of Saturday 15 February, a group of Fourth Form pupils boarded a bus, ready for their trip to the World War One memorials and battlegrounds of Belgium. Below, Charlie reflects on the impact the trip had on him and his classmates:

"Arriving in Belgium, we visited several cemeteries, including Tyne Cot, and saw our first example of the infamous trenches. That evening we attended a memorial at Ypres held at the Menin Gate. The next day included another cemetery representing soldiers that died at Arras, and the resting place of some of the former Brighton College pupils who had fallen in the Great War. Later, we travelled to the Somme battlefield, one of the most notorious places in British military history. To our surprise, it was now just a mere field. Our final visit of the day was the Sovereign Canadian Memorial for the Newfoundland people who died so very far from home.

After all this, we headed back - struck by what we had experienced in just 36 short hours. Throughout the trip, many moments impacted our group through an emotional connection to the countless tragically lost men who had led very normal lives before the war. Tyne Cot cemetery was no exception. With the sheer number of headstones and names that stood before us as we walked around, it was hard to come to terms with just what had happened. We were overwhelmed by the realisation that all these names belonged to people no different to us and I think that was the thing that allowed us to comprehend the scale and symbolism of this memorial. However, the impact of the Somme was just as great, with the guides explaining to us the tragic moments and pain that were felt on the very ground we stood on. Seeing what the soldiers would have seen, and understanding the history of the field we stood on, opened our eyes to this cataclysmic event that happened a little over 100 years ago." 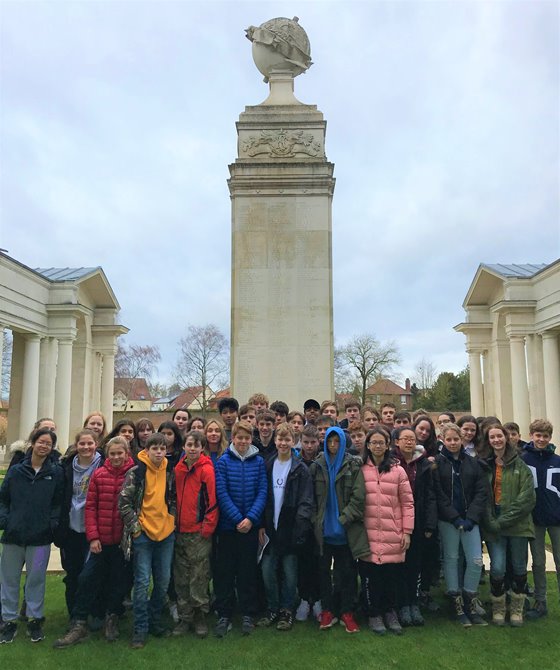