The under 16A netball team reached new heights during the recent holidays, achieving second place in the country at the National Schools Competition! After winning the county round in October, followed by the regional round in January, the girls knew that they were entering this competition in a strong position, but that didn't make the competition any less challenging.

The group stages consisted of eight tough, tight games. A 10-10 draw to Godolphin and Latyme put pressure on the team to perform for the result of the day. Fortunately, pressure seems to bring out the best in this group of girls! 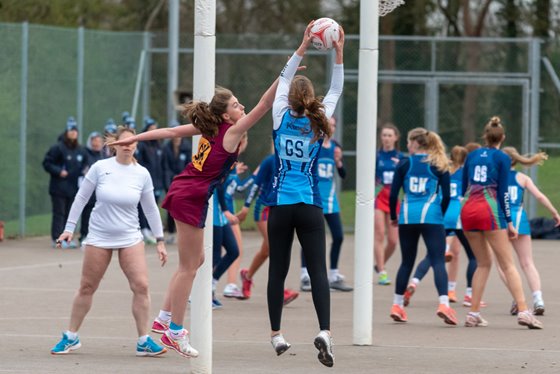 The next few games were against Withington winning 10-3, Berkamstead winning 12-2 and Loughbrough high drawing 8-8. This set of results meant that we won our group and were through to a nailbiting semi-final against RGS Worcester, where we came back from being five goals down to win by one for a place in the final. Here, we were up against Parrathrone, who would go on to win the tournament.

To come second in the country is a huge result for all of the girls involved. It was a true test of their resilience and their drive to work as a team and each player should be incredibly proud of their achievement.