“Being challenged in life is inevitable but being defeated is optional.” - Henry Fraser

"Many of you will have heard of London’s Dulwich College (we have regular rugby and football fixtures against them). Henry Fraser had been accepted into Sixth Form at Dulwich as a weekly boarder on a sports scholarship and was playing in the First XV as a flanker/centre. After a great first year at Dulwich, Henry had been asked to spend a week in the sun in a villa in Praia da Luz with a few of his rugby teammates. Life could not be better.

On a beautiful and scorching mid-afternoon, the boys were playing football-rugby on the Portuguese coast when they decided to cool off in the ocean. Sprinting into the sea until the water was waist-height, Henry dived in just as he had done many times before. This time, however, he crashed his head on the seabed. Floating face down in the water unable to move a muscle, he realised something very, very bad was happening. The tragic accident severely crushed his spinal cord, paralysing Henry from the shoulders down. His whole life had changed in an instant.

Throughout the book, Henry’s inspiring philosophy shines out: his conquering of unfathomable challenges at the hospital, the importance of the support of family and friends, and finding gifts in life’s challenges - no matter how big or small they may be. The part I personally found most inspiring is how Henry embraced life and a new way of living, looking for the positive in everything and believing that every day can be a good day.

This book has had a profound impact on me, not only because of its poignant message but also because of the similarity of his life to many of ours at this school, which emphasised to me just how fragile life really is, and how anyone’s life can drastically change in an instant. Thinking about this, we are taught the lesson of how precious and fragile life really is and to be grateful for every day we have. But also, we are taught to accept that life is constantly changing and how to adapt by looking to the positives of every situation we find ourselves in. I would definitely recommend this book." 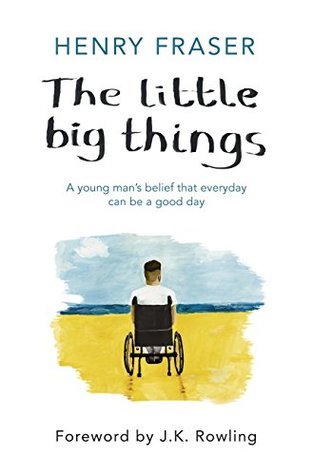