We're coming to the end of the academic year, and the College feels more alive than ever. We've had so much to celebrate this term, and over the summer we'll be sharing some of our top stories from the past year. First up, some good news that's just come to our attention: three of our Lower Sixth pupils have been recognised in prestigious Cambridge-led essay competitions. 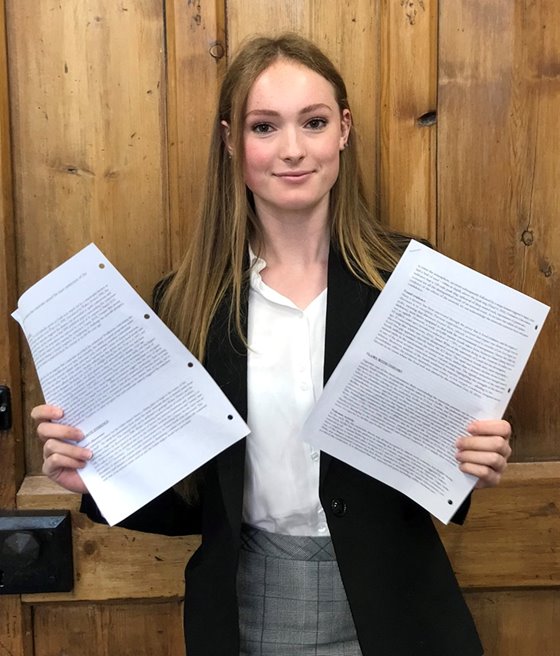 Firstly, a sincere congratulations to Holly (above), who has been announced as the winner of this year's Weston-Smith Physical Science Prize, awarded by Newnham College, Cambridge. Holly's award-winning essay assessed the strength of the evidence that a meteorite caused the mass extinction of the dinosaur. Holly will be attending a prize-giving ceremony on Sunday 7 July. 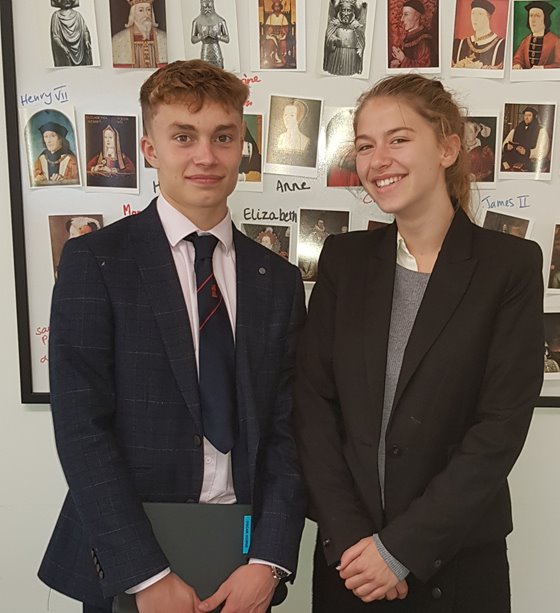 Congratulations are also due for Oscar and Georgia, both of whom were shortlisted in this year’s Vellacott History Essay Prize, run by Peterhouse College, Cambridge. The Vellacott Prize is one of the most prestigious national essay competitions for A-level historians. Oscar’s essay addressed the question ‘Was there a fascist international?’, analysing the different aspects of fascism in Europe in the mid-1930s and drawing some acute contrasts between the approaches of Hitler, Mussolini and Franco. In her essay on the intentions of the Marshall Plan, Georgia explored the inter-relationship between the different motivations of the United States, both to aid Europe but also to establish its own economic hegemony. Both essays were bolstered by superb independent research, as well as a clear analytical focus, and fully deserved their commendation from the final judges.

Well done to all three pupils on their excellent work.